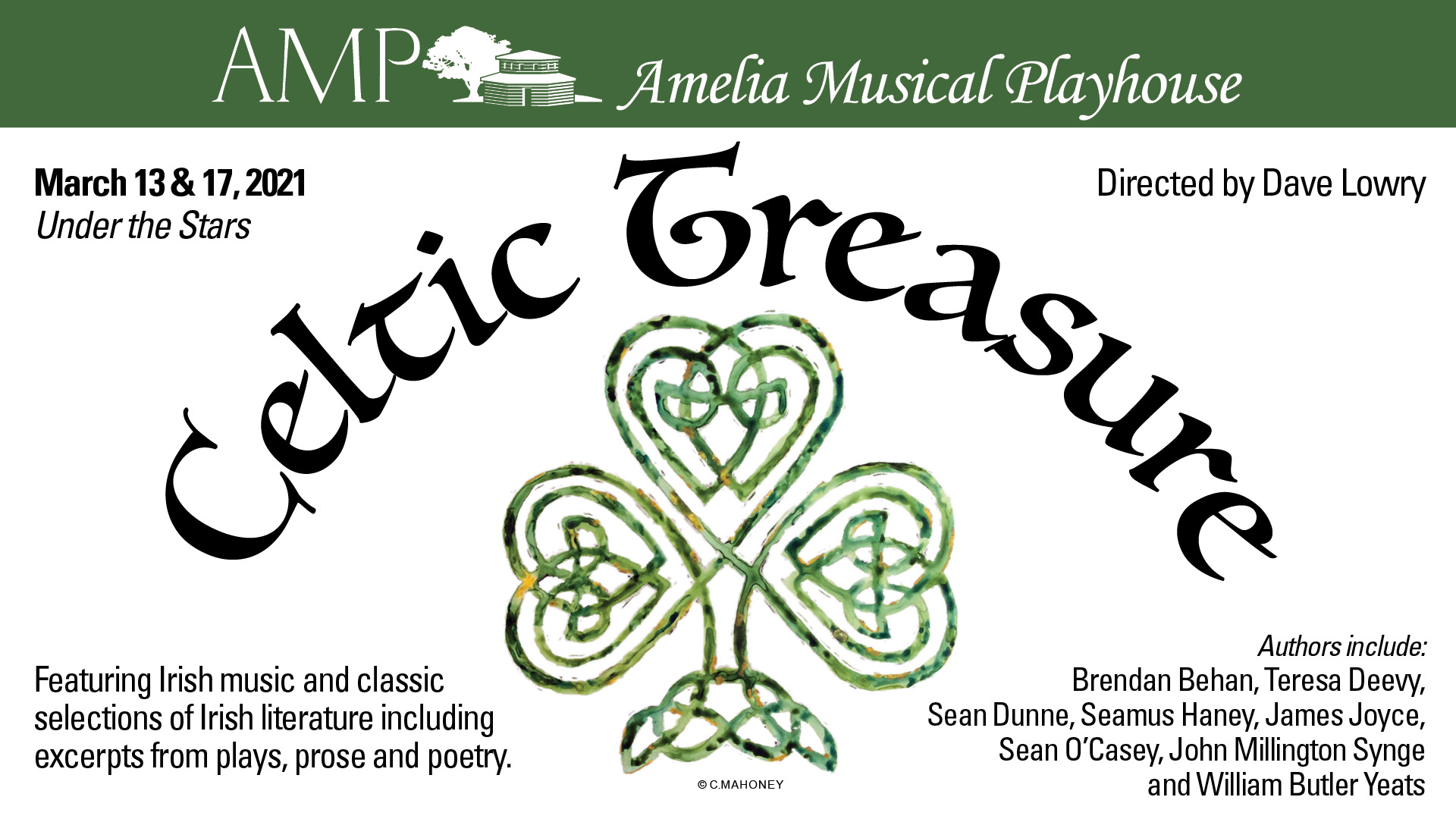 Auditions will be held for the Amelia Musical Playhouse production of Celtic Treasure.  Celtic Treasure is a proverbial pot of gold filled with classic selections of Irish literature including excerpt from plays, prose and poetry.  Some of the selected authors include Brendan Behan, Teresa Deevy, Sean Dunne, Seamus Haney, James Joyce, Sean O’Casey, John Millington Synge and William Butler Yeats.  The prose and poetry selections will be read during performance (for accuracy), not memorized.  While an Irish brogue is not required for many of the prose and poetry readings, the play scenes work best with an Irish brogue.  The normal cast requires four actors (two females and two males), but can easily be expanded to six roles (three females and three males) depending on turnout.  Age does not matter.

Auditions will consist of cold readings from the selections.  If you arrive early on the 16th, you will have the opportunity to preview the plays scenes, prose and poetry materials being used at the audition.  The auditions will be conducted as a group (while maintaining social distance) so the director can evaluate the interplay between actors for the play scenes.

Show dates are Saturday, March 13, and Wednesday, March 17 (St Patrick’s Day).  Since there is minimal memorization and blocking, this show only requires 8-10 rehearsals which will be scheduled after casting depending on actor availability.  The performances will be held on AMP’s outdoor stage with wonderful Irish music interspersed throughout.  Mask-wearing and social distancing will be observed as long as is necessary

Sponsor a show your family loves – or one that matches your company’s values.
END_OF_DOCUMENT_TOKEN_TO_BE_REPLACED