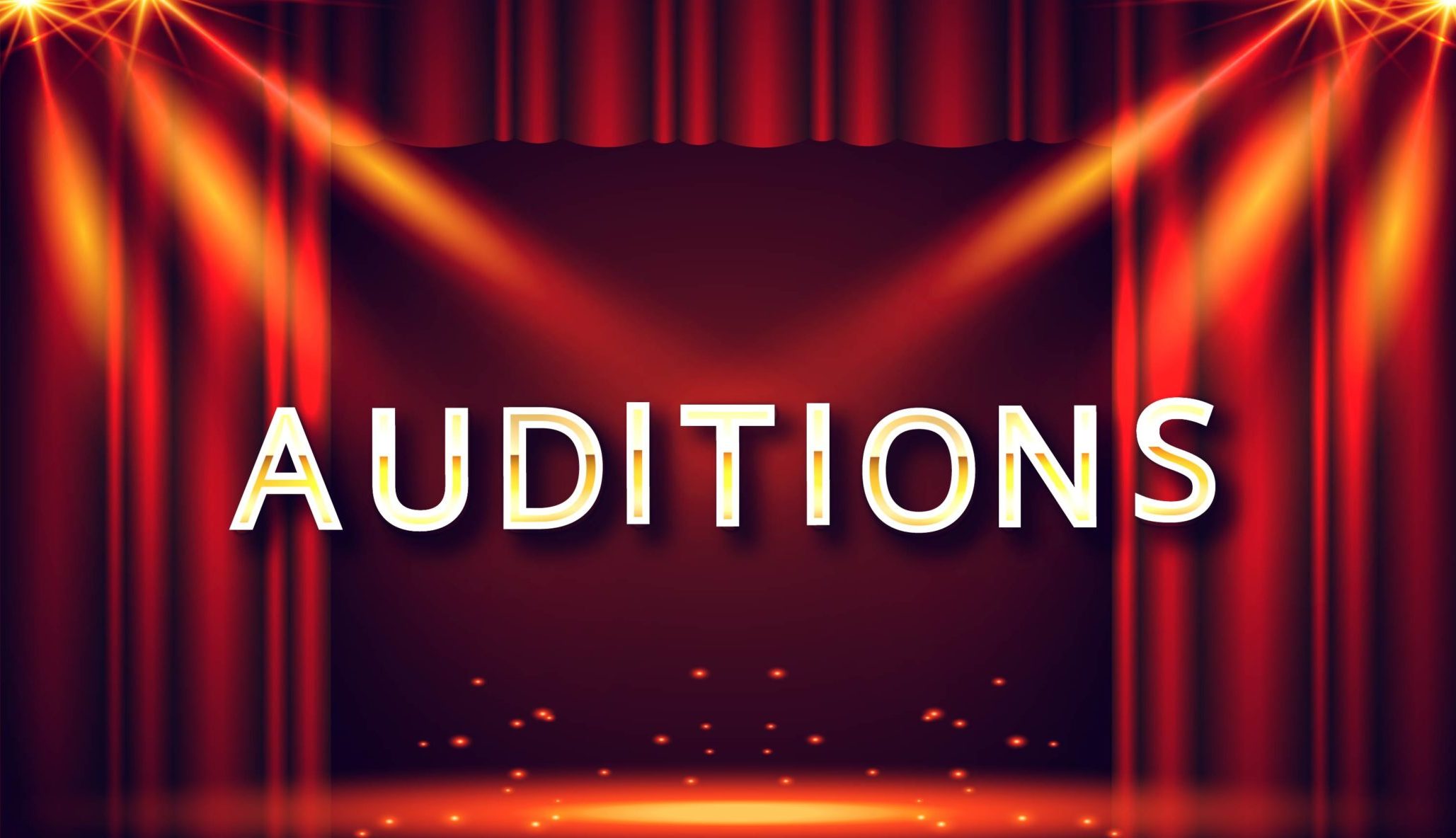 Please come prepared with a 1-2 minute musical selection that best showcases your vocal ability. Selections from the musical are permitted if you wish. Please bring sheet music or an instrumental track; a Capella auditions are strongly discouraged. Wear clothing that you can comfortably move in as there will be a dance component to this audition. Even performers who are auditioning for non-singing or non-dancing roles will be expected to sing and dance at the audition. There will also be an acting segment dedicated to cold reading portions of the script. (Minimum audition age is 16)

If you have any questions or are unable to attend the group audition, please contact director Jeff Packer at jpack34@gmail.com to schedule a private audition. Most rehearsal conflicts can be worked around so don’t allow that to hinder you from auditioning. Conflicts on performance dates, however, will not be accepted.

Kiss Me Kate tells the tale of two once-married, now-divorced musical theater actors, egotistical leading man Fred Graham and Lilli Vanessi, who are forced to perform opposite each other in a Broadway-bound musical version of William Shakespeare’s The Taming of the Shrew, in the roles of Petruchio and Katharina.

As the battle of the sexes continues onstage and off, it becomes clear that as much as this couple profess to hate each other, they are also still in love. Throw a number of cases of mistaken identity, some gangsters, and additional romantic entanglements into the mix. In classic musical comedy fashion, madness ensues.

Fred Graham (classic baritone, 30-50): The leading man; handsome, charismatic, and funny; commanding physically imposing presence. His ego is as large as his resume is long, He is actor, director and producer of the play within the play The Shrew and plays Petruchio—he has the lion’s share of Shakespearean dialogue. He is also Lilli’s ex-husband.

Lilli Vanessi/Katharine (strong mezzo-soprano, 30-50): The leading lady; returning to the stage after a not-so-successful Hollywood turn; diva with a fierce temper and sharp wit. Proud and haughty, much like her character Katherine in The Shrew, but also vulnerable. Ex-wife of Fred and engaged to Harrison Howell.

Lois Lane/Bianca (solid dancer and strong mezzo-soprano, 20-30): A former cabaret dancer making her Broadway debut; sexy and charismatic. She is a very flirty character, having relationships with both Fred and Bill simultaneously in the show.

Bill Calhoun/Lucentio (strong tenor or baritone who moves well, 20-40): Broadway song and dance man; charming; his compulsive gambling is always getting him into trouble with Lois Lane, who he loves but can’t trust around other men.

General Harrison Howell (baritone, 40-60): A distinguished General of U.S. Army, engaged to Lilli Vanessi; man of rigid discipline determined to uphold military order and family values, he clearly does not fit in with the bohemian nature of Broadway.

First Man and Second Man (Gangsters) (baritone or tenor, 40-60): A gangster duo with an appreciation for Shakespeare. Tough and intimidating. Must have strong comedic abilities and be comfortable singing. Does some soft shoe in “Brush Up Your Shakespeare” so should move well. Also appears in The Shrew (unexpectedly).

Hattie (mezzo-soprano, Female, 36-49): A true theater professional, she’s seen it all. Part Lilli’s dresser, part psychologist, she remains unflappable amidst the drama of backstage life. Sings in “Another Op’nin’, Another Show” and in “Too Darn Hot.”

Ralph (Stage Manager) (any age): Sings in the ensemble in “Too Darn Hot” and “Another Op’nin’, Another Show.” Is the stage manager of The Shrew.

Pops (Stage Doorman) (any age): Sings in the ensemble in “Too Darn Hot.”

Gremio and Hortensio (sing and move well, any age): Actors who sing in the ensemble of both The Shrew and in “Too Darn Hot.” These two battle Bill (as Lucentio) and each other for the love of Lois (as Bianca) in the dance number “Tom, Dick, or Harry.”

Haberdasher (any age, can be played by man or woman): An actor who sings in the ensemble throughout and plays the Haberdasher in The Shrew.

Nathaniel, Gregory, and Phillip: Actors who sing in the ensemble throughout and play Petruchio’s manservants in The Shrew.

Ensemble: Other roles including a wardrobe lady, stagehands, a women’s quartet for “Bianca,” dancers and singers for numbers like “Another Op’nin’, Another Show” and “Too Darn Hot!” as well as opportunities for small sung and danced solos.

Sponsor a show your family loves – or one that matches your company’s values.
END_OF_DOCUMENT_TOKEN_TO_BE_REPLACED