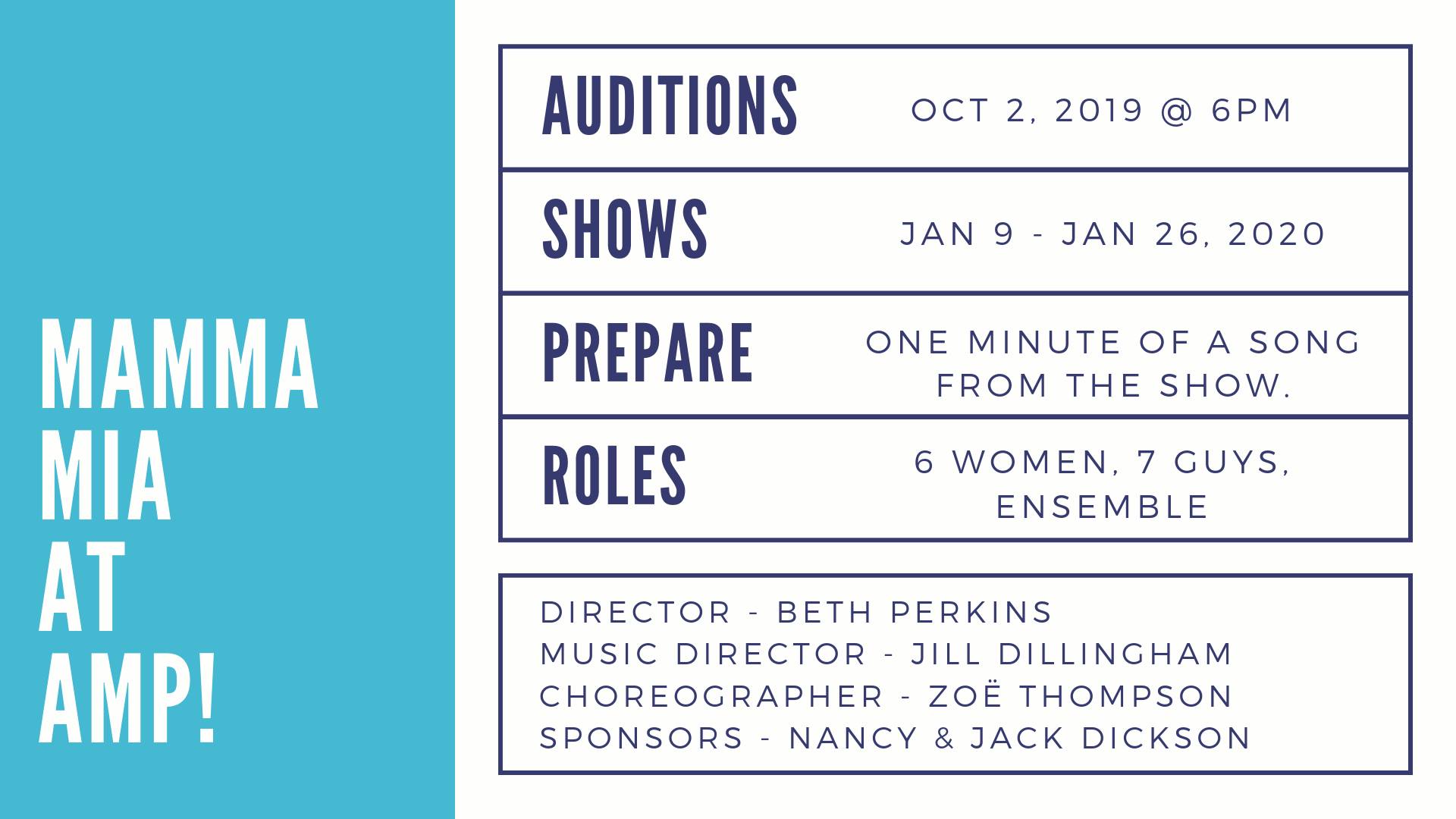 Minimum age for the show and the ensemble: 16

DONNA SHERIDAN – Sophie’s mother, owner of the hotel Villa Donna, and wife of Sam at the end.

HARRY BRIGHT – Today, a respected banker. Back in the day, known to Donna as “Head Banger.”

BILL AUSTIN – A well known travel writer and adventurer, but is afraid of making a commitment.

SKY – Sophie’s fiance’. A former stockbroker who later moved to the island.

ROSIE MULLIGAN – One of Donna’s friends who was part of her band. She is an author of cookbooks.

TANYA CHESHAM-LEIGH – Another of Donna’s friends, she has married three times, but has never quite found the right man.

PEPPER – One of Donna’s employees who catches the eye of Tanya.

EDDIE – With Pepper is the bar-staff, waiter, boatman, and general help around the island.

ALI – One of Sophie’s oldest friends that was invited to the wedding.

LISA – Another of Sophie’s friends coming for the wedding.

FATHER ALEXANDRIOS – The minister of the island who almost marries Sophie & Sky, and ends up marrying Donna & Sam.

*PLUS ENSEMBLE MEMBERS of varying ages and genders.*

Sponsor a show your family loves – or one that matches your company’s values.
END_OF_DOCUMENT_TOKEN_TO_BE_REPLACED