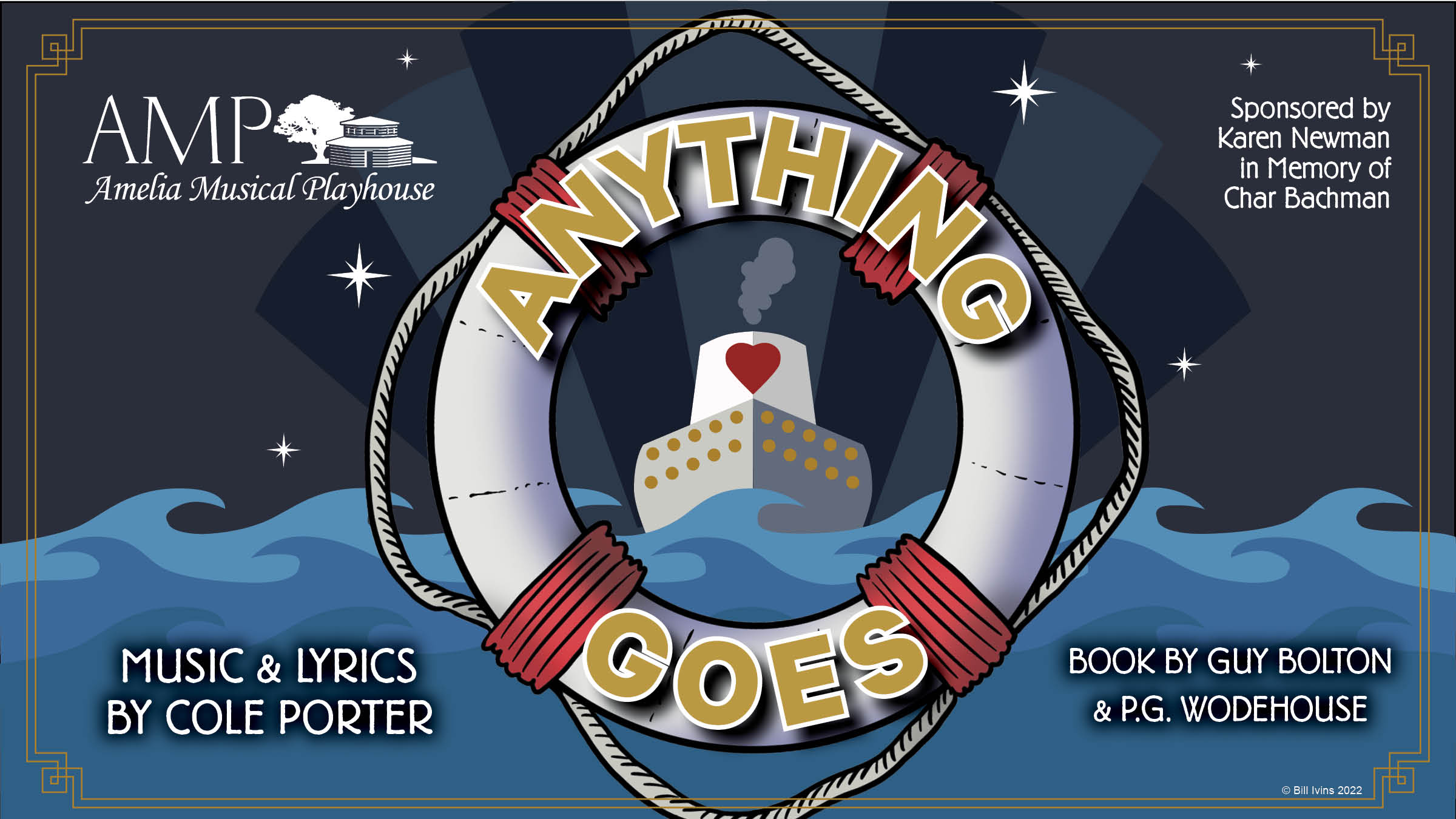 Come on a cruise this summer with a big rollicking musical “Anything Goes!” Anything Goes tells the whirlwind story of Reno Sweeney (AMP newcomer, Allie Kangas), a nightclub singer with bad luck in love, as she helps young businessman and former flame, Billy Crocker (Allyn Bessee), win the love of the winsome debutante, Hope Harcourt (Finley Ryan), aboard the deck of the S. S. American ocean liner. Aided by semi-famous mobster Moonface Martin (AMP veteran Bob O’Hara) and flirtatious gangster’s moll Erma Latour (Olivia Lynch), Reno and Billy will do everything they can to call off Hope’s impending wedding to stuffy Englishman, Lord Evelyn Oakley (Will Wiley). Through a series of shenanigans, disguises, and rip-roaring dance numbers, Reno and Billy may find their paths to romance in quite different ways than they expected. Complete with an iconic score by the legendary Cole Porter, a live band directed by Chad Miller and direction and choreography by Nick Cooper (Grand Hotel, Jekyll & Hyde), Anything Goes is bound to be a summer cruise that you won’t forget!

Sponsor: Karen Newman in honor of her aunt, Char Bachman

Published in Past Performances

Sponsor a show your family loves – or one that matches your company’s values.
END_OF_DOCUMENT_TOKEN_TO_BE_REPLACED